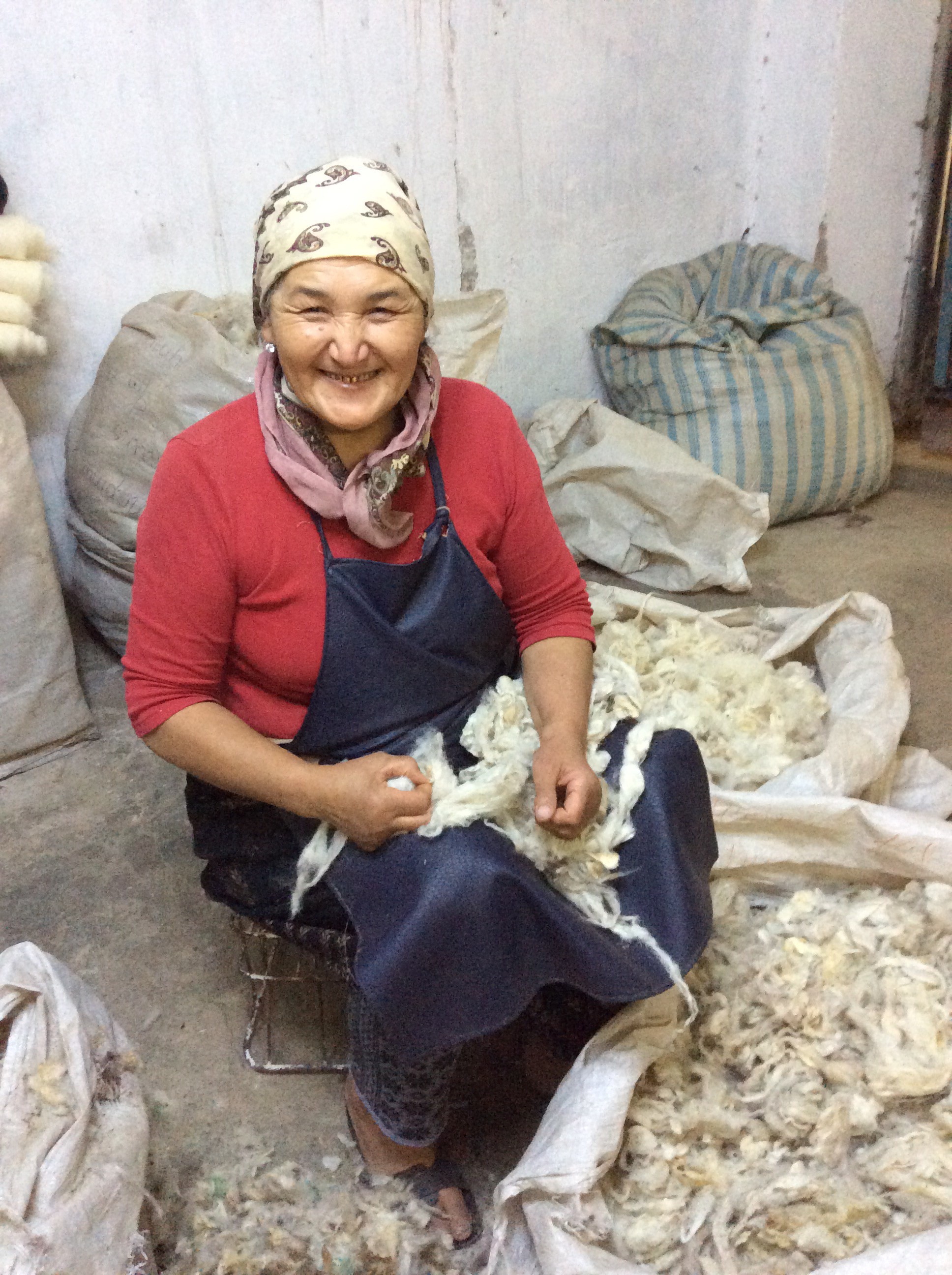 I resisted sleep upon my early arrival and Kalmbar our driver for the week and the lovely TUMAR marketing woman Zhazgul (image right) picked me up late morning to take me to TUMAR production. We had set a pre schedule for the trip and today was to be one filled with the production tour and discussion with Chinara, Roza (image left) and Vladimir the last maker. I did not realise then how important Zhazgul would be not just as a language interpreter as Russian was the common tongue but as someone to educate me on TUMAR and Kyrgyzstan. 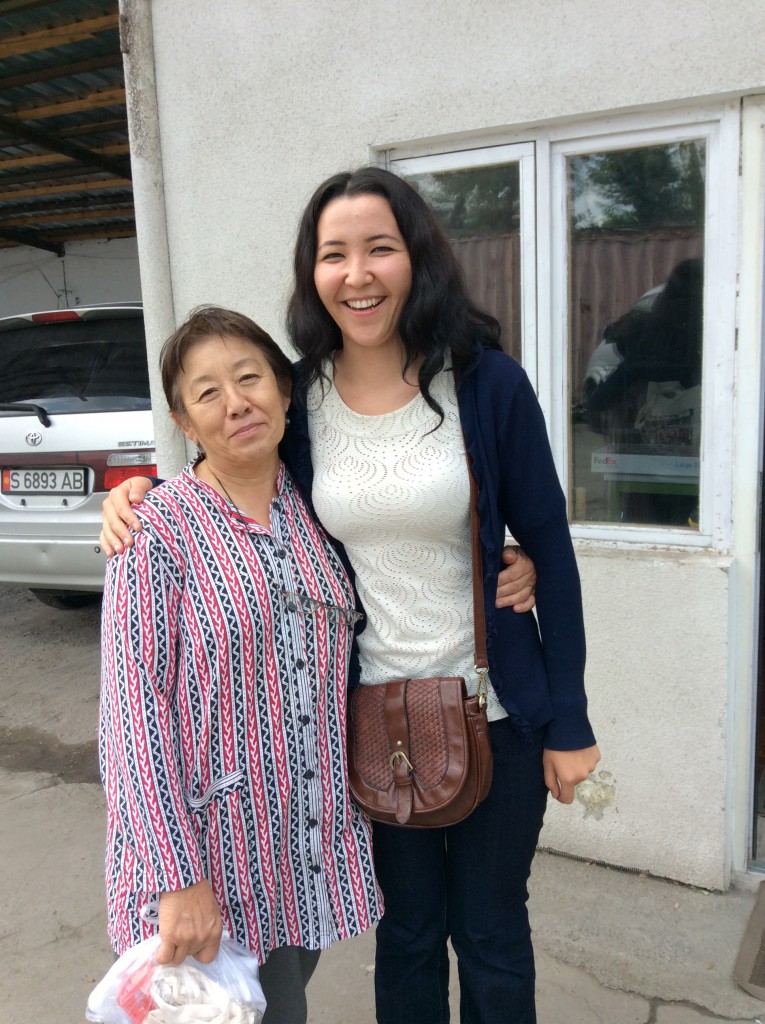 TUMAR employs around 200 people. Production is set in around a courtyard full of creative activities. Along with the felt production is ceramics, cobblers for the slippers and innovation making including new design shrydaks and ala-kiyiz rugs, bags and home-wares. TUMAR Offices are off production site on the edge of the busy Osh Market. The building TUMAR offices are in was, when Kyrgyzstan was part of the Soviet Union, a Union supported centre for craftsman and artisans. The Soviets also aided in the regulation of trade between neighbouring countries. Since Kyrgyz independence in 1991, these artist and craftspeople have transferred to a more privatised model. I have immense respect for Chinara’s business vision and art direction for TUMAR. Herself, she comes from a family of felt making shrydaks and in committed to preserve the traditional skills in Central Asia.

The people who work at TUMAR and Chinara’s openness, creativity, commitment to the Central Asia crafts combined with her economic understanding and push for high quality standards, I believe is what makes TUMAR very special.

High standards are at the start of the production tour. Kyrgyz supplied ‘clean’ wool is cleaned again to bring the standards up to TUMAR expectation.

After ‘cleaning’ the wool is combed. This machine arranges the fibres and removes the shorter fibres so the fibres are longer therefore making better ‘tangles’ making the wool ultimately stronger.

For felt slippers and rolled felt products this prepared felt is used.

If making felt sheets, the wool is evenly laid up fibres are needle punched to make the felt sheets used for shrydaks rugs and sheet felt products.

From here the wool can be dyed. If small batches it might be boiled in pan or if larger a washing machine drum will be used. Dye can be natural with teas or synthetic to match a pantone colour.